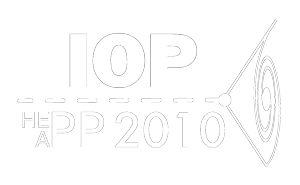 There are 1600 pubs within 3 miles of UCL and at least 300 within one mile ! The list below is only a very small selection of pubs visited by members of the UCL HEP group. A much more comprehensive list may be obtained by searching www.beerintheevening.com for pubs near Euston Square tube or Russell Square tube.

The spiritual drinking ground of UCL named after its utilitarian founding father. This is the closest pub (besides the student union) to UCL and consequently is quite busy between 5-7pm with UCL types and surgeons from the local hospitals limbering up. If you've not mastered the art of carrying 5 pints up a flight of stairs then try and charm the bar staff into using the newly renovated automatic "dumb-waiter" - a modern design classic.
Beer: A range of 4 or 5 real ales on pump, usually including Caledonian Deuchar's IPA, plus the usual lagers.

Wide range of beers on three floors. Hob-nob with Saatchi and Saatchi's finest advertising executives and try and get in the next Kit-Kat advert.

They have a statue of Tegid Jones in here !

If you like your flowers and moments of quiet reflection away from the hustle and bustle of the Euston Road then this is the place to be. It won the 2001 Camden-In-Bloom competition.
Beer: Shepherd Neame Spitfire and Courage Best.

One for the train spotters. Is actually inside Euston station and has plenty of train memorabilia but has no outside facilities. An amusing place to watch people getting in a "swift half" and then missing their train and having to take out a mortage for a new ticket. If you like some mental stimulation with your drinking try and crack the fiendish combination lock for the toilets or failing that ask the bar-staff for the combination.
Beer: A good range of real ales on pump, 4 or 5 of Fullers own plus various guests.

Unlike many pubs in the area this has quite a bit of room for larger parties and has been the North London CAMRA pub of the year for its fine array of well kept ales.
Beer: Most if not all of Shepherd Neame's range are available. Master Brew, Bishop's Finger, Spitfire, Kent's Best and a seasonal Ale.

Just up the road from RADA and so is often the scene of much air-kissing and "oh darling lovely to see you" type behaviour. Has a pool table which offers the opportunity to beat a budding thespian, such that when they win an Oscar you can remark that it's a pity their pool playing isn't as good as their acting. "You were delightful last night, Tabitha".

In the general area

Noisy modern bar in the ground floor of a Hotel but surprisingly good selection of beer and quite cheap too.
Beer: 4 ales available (Deuchars IPA, Greene King IPA, Shep's Spitfire...).

A bit roomier than the Queen's Larder down the road and if you want to drink Old Peculiar this is the place, otherwise it's not very inspiring.
Beer: Usually has Theakstons Old Peculiar and a couple of others

A small pub just down Cosmo Place from the Swan.
Beer: 3 ales from the Greene King range.

This is what Youngs beer is supposed to taste like.
Beer: Youngs Bitter, Youngs Special and Youngs Ramrod.

The following pubs start around 1/2 mile from UCL and finish in Soho one mile away where there are many restaurants. The following trail will allow you to sample the historical hangouts of dead or now hungover celebrities and sample some fine ales in the process.

These are numbered 15-22 on the "Fitzrovia/Soho celebrity/historical Pub Trail: Map 2" handout. A copy of this map is here

Authentically 1940s. A drunken Dylan Thomas would give away poetry written on beer mats to any pretty woman, and where George Orwell, Virginia Woolf, George Bernard Shaw and Augustus John, among many others, would gather to drink and argue about radiative corrections. It was for a while in the 1940s considered to be the most famous pub in the world.

Dylan Thomas met his missus in here; presumably he had his beer goggles on after visiting the Fitzroy and the Granby. George Orwell once vomited over the bar here on his way to the Pillar of Hercules.

Dylan Thomas staggered here after the Fitzroy and T.S. Elliot liked a half here - decor now more of a "Wasteland". George Orwell frequented this battle-cruiser before retiring to the Pillars of Hercules.

Curious for its size - a Tiny Irish boozer with very fine Guinness and the largest Irish Whiskey selection in London. Paul McCartney's office is just across the road and he often pops in after a session at the High Court. You'll never get a seat though, so a swift half in the street is in order. Keep your eyes peeled right for Ian Hislop popping out of the Private Eye Offices.

19. The Pillars of Hercules

Mentioned in a A Tale Of Two Cities by Dickens who was a local along with Casanova and Thomas De Quincey. More recently Ian McEwan and Julian Barnes have both supped in here. After vomiting in the Wheatsheaf (known in the trade as a tactical chunder) Orwell would finish his evening here. It has a very bizarre bloke playing 1950s R'n'R on Wednesdays. Next door is the favoured Hungarian dining hangout of left wing politicians and journalists - the Gay Hussar where Tony Blair started his quest for world domination in 1983 and allegedly a camera in a window opposite monitors politicians shenanigans for No. 10 Downing Street.

Frequented by Mozart when he lived down the road and now by the person he influenced so much - The Material Girl herself, Madonna - who has confessed to taking a fancy to the Landlord (the beer not the gaffer) in here. She lives up the road. Tricky to get a seat but the sausages are very good.

Put the black roll neck top on and get the Gauloises out and pose with a half pint while reading some Sartre. A fine wine selection but beer only served in that oh-so-French way - in half pints! It was here that William Burroughs seduced Francis Bacon and Rimbaud seduced Verlaine. Pretentious, moi?

A fine place to finish the evening and the bar staff do a dance to Lily the Pink while downing shots of tequila at closing time on Fridays and Saturdays. Anyone who is anyone in Rock'n'Roll and HEP has drunk in here since it is two doors down from Trident studios where Hey-Jude and Transformer was recorded and later used by Elton John, The Stones, Marc Bolan and just up the road from the the original Marquee club that saw the first gigs of such luminaries as: Jimi Hendrix, David Bowie, Cream, Pink Floyd, The Who, Led Zeppelin, The Clash, The Police, The Cure, Joy Division, Siouxsie and the Banshees, and the Sex Pistols and had our very own Gordon Crone on the door.
The Ship has no jukebox - the top staff pick the music which is always fantastic and loud and you may even run into David Soul!
Next door is Busaba which is a great Thai restaurant but consequently always has a queue unless you go there late.
23. If on the way home you need to "restore unitarity" then a trip to Mash at 19-21 Great Portland St, W1 is in order. An awful place but worth it for a trip to the Gents where they have infinity mirrors...