It is important first to distinguish between the terms tumour and cancer (neoplasm). A tumour refers to the abnormal growth of cells and may be characterised as benign or malignant. A benign tumour is deemed to be less severe than a malignant tumour, and treatment of such tumours is generally straight forward. Sometimes, benign tumours do not require any therapy and are simply monitored. A malignant tumour, on the other hand, is one that is capable of disseminating tumour cells throughout the body. A malignant tumour is considered to be cancerous and is requires a more complicated treatment plan. 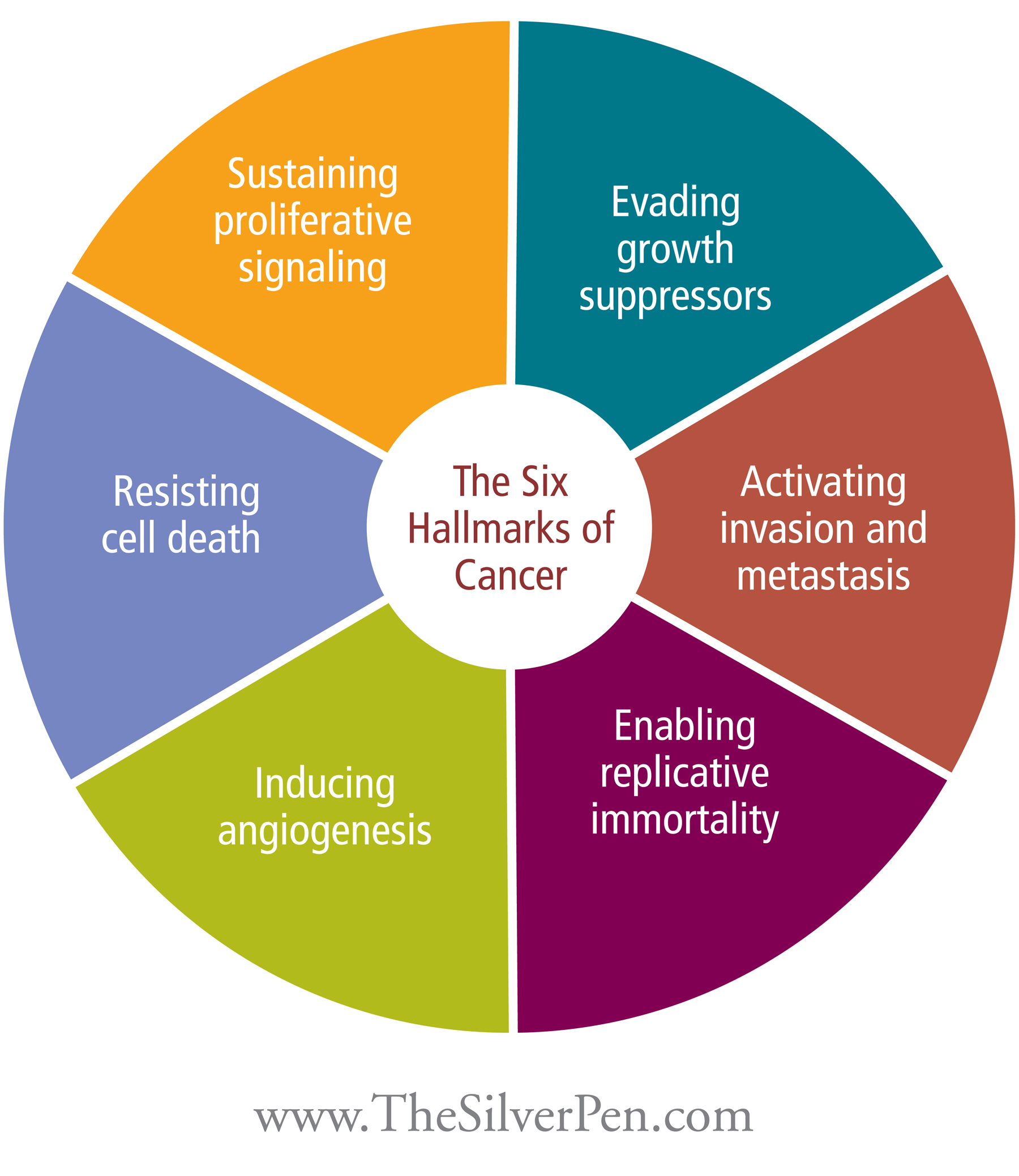 In 2000, Weinberg and Hanahan published an article outlining six key hallmarks of cancer cells (Figure 1) [1]. In 2011, they published a follow-up article and extended the list to include four additional hallmarks [2]. To understand what makes a cell cancerous, this section will briefly consider each hallmark in turn.

In recent years the following characteristics were also deemed to be properties of cancerous cells [2]: