Measurement of the Weak Value of Momentum

This experiment will attempt to measure the weak value of the momentum of a metastable argon atom as it passes through a two slit interferometer. The argon atoms are slowed and stored in a magneto-optical-trap (MOT) see photo below. Then they are released and dropped through the interferometer where the weak measurement will take place. 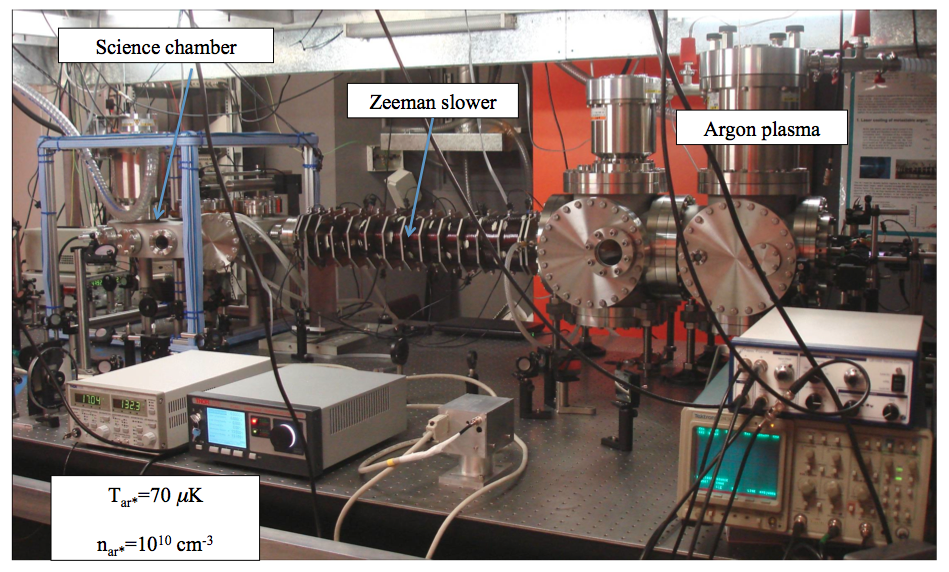 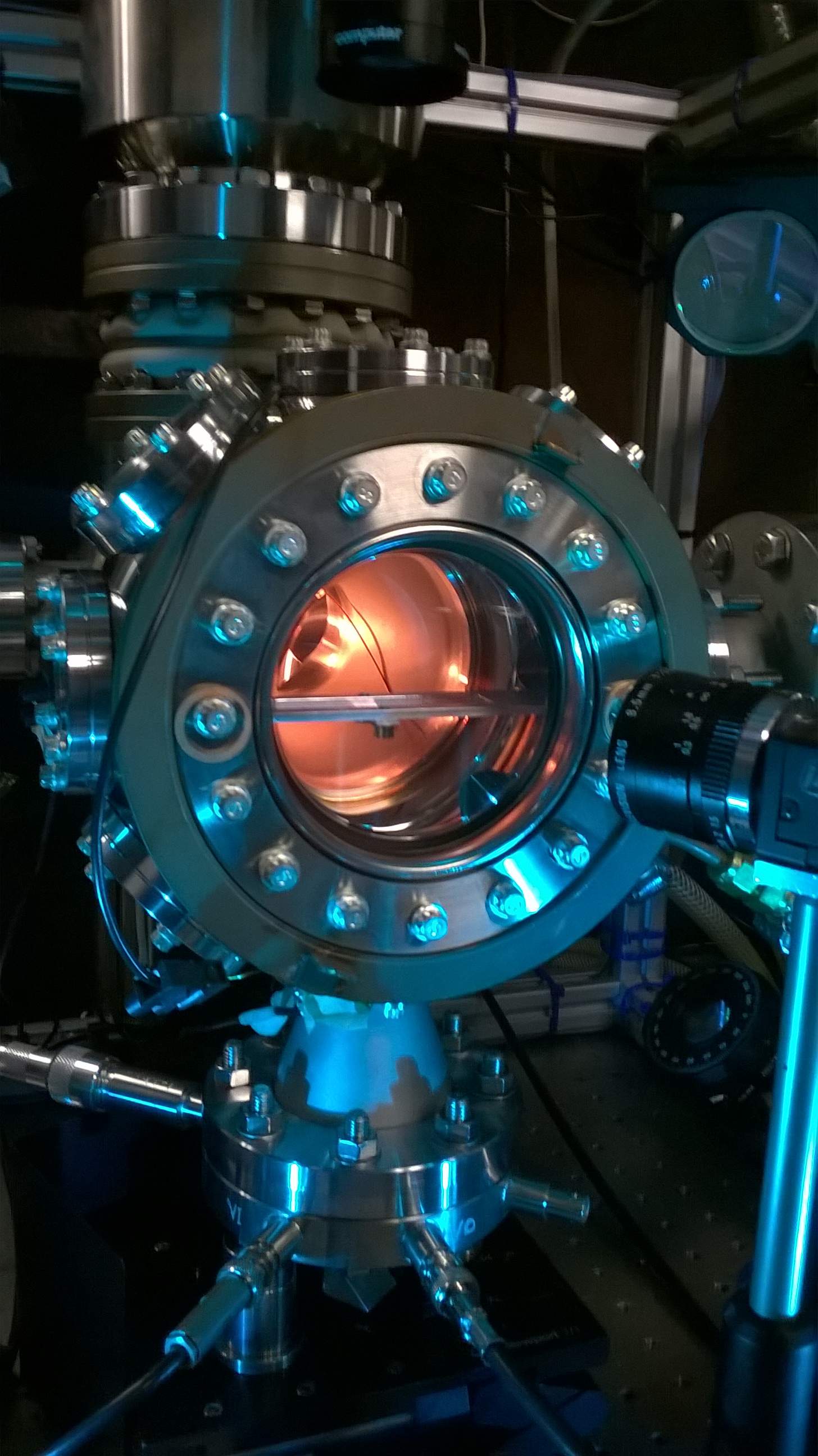 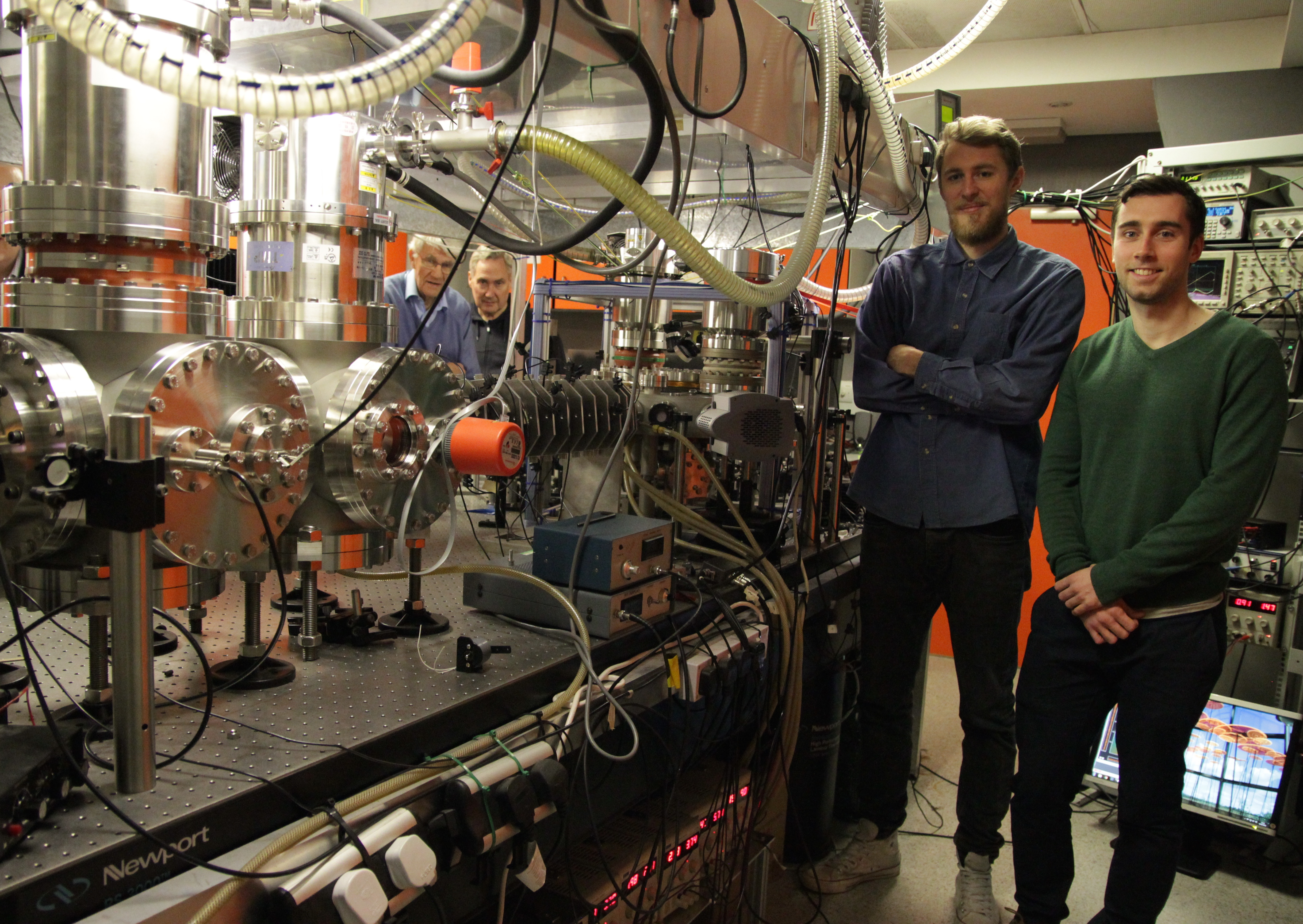